Dr. Anne James is a Lecturer in English at the University of Regina. She researches in the areas of early modern sermons, particularly on political occasions, and the work of John Donne. She is the author of Poets, Players, and Preachers: Remembering the Gunpowder Plot in Seventeenth-Century England (University of Toronto Press, 2016). 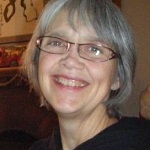 Dr. Jeanne Shami is a Professor Emeritus of English at the University of Regina. She has had an interest in John Donne, in particular, and early modern sermons more generally for over 35 years. This work with GEMMS brings together her love of archival research and sermon scholarship. She has an article on "The Sermon" forthcoming in The Oxford Handbook of Early Modern English Literature and Religion. She also is a Contributing Editor to the OUP edition of the prose letters of John Donne, and Executive Editor of the Verse Letters volume of The Variorum Edition of the Poetry of John Donne (Indiana University Press).

Dr. Jon Bath is an Assistant Professor of Art and Art History, and the Director of the Humanities and Fine Arts Digital Research Centre at the University of Saskatchewan. He is the co-lead of the Modeling and Prototyping Team of Implementing New Knowledge Environments (inke.ca), and co-authored chapters for the recently released Cambridge Companion to the History of the Book and Doing Digital Humanities (Routledge). 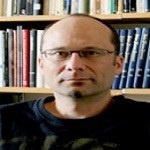 Dr. Brent Nelson is a Professor of English at the University of Saskatchewan. Most of his research is at the intersection of the digital humanities and early modern literature and culture. He is Director of the John Donne Society’s Digital Prose Project and principal investigator on a project on early modern cabinets of curiosities. 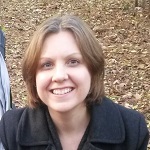 Dr. Jennifer Farooq is a Research Associate at the University of Regina. Her primary interests include preaching, the publishing and reception of sermons, and religious culture in late seventeenth- and eighteenth-century Britain. She is the author of Preaching in Eighteenth-Century London (Boydell, 2013) and has published several articles on sermons and religious culture in England.

Lucy Busfield recently completed doctoral research in Theology at Oxford University. Her thesis, “Protestant Epistolary Counselling in Early Modern England, c.1559-1660,” concerns spiritual counselling and pastoral correspondence. She has published two articles on gender and passion piety in early modern England in the Reformation and Renaissance Review and has contributed a chapter on Nehemiah Wallington and epistolary counselling to Doubting Christianity (Studies in Church History, 52). She is currently engaged in educational outreach work with secondary school students for Wadham College, Oxford, alongside undergraduate tutorial teaching in Reformation history. 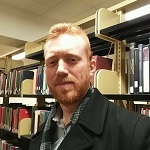 Robert Imes is a doctoral candidate in English at the University of Saskatchewan. His dissertation, "Writing Geography: Early Modern English Travel Writing and the New Science," explores the connections between travelogues and geographical science in England from the late 1400s to the early 1600s. 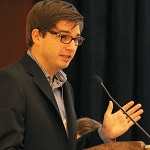 Adam Richter is a PhD candidate at the Institute for the History and Philosophy of Science and Technology at the University of Toronto. His main research interest is the relationship between science and religion in early modern Europe. He was the organizer of an international workshop entitled "John Wallis at 400: A Workshop on Science, Mathematics, and Religion in Seventeenth Century England" at the University of Toronto (November 2016). 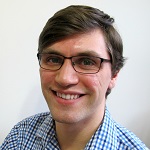 David Robinson is a doctoral candidate in History at the University of Toronto. His dissertation examines religious debates between Catholics and Protestants transnationally, inquiring about their popularity and cultural significance in England, France, and the Netherlands in the early seventeenth century. He has given several papers on religious controversy in early modern Europe.

Professor Kenneth Fincham is Professor of Early Modern History at the University of Kent. He has published widely on the religious history of early modern England, including Prelate to Pastor: the episcopate of James I (1990) and, with Nicholas Tyacke, Altars Restored. The Changing Face of English Religious Worship 1547-c.1700 (2007). He is the Director of the Clergy of the Church of England Database Project (CCEd), and is currently Vice-President (Education) of the Royal Historical Society. 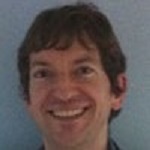 Dr. Arnold Hunt is a lecturer in History at the University of Cambridge, UK. He specializes in early modern British religious and cultural history and has a particular interest in manuscript and print culture. He is the author of The Art of Hearing: English Preachers and their Audiences 1590-1640 (Cambridge University Press, 2010), which won the Royal Historical Society Whitfield Book Prize. He is currently editing Vol. IX, Parochial Sermons, of the Oxford Edition of the Sermons of John Donne (Oxford University Press). 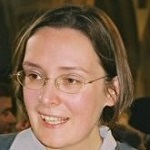 Dr. Mary Morrissey is Associate Professor in English Literature at the University of Reading, UK. She specializes in Reformation literature, especially from London, and has a particular interest in the Paul’s Cross pulpit. She is the author of Politics and the Paul’s Cross Sermons, 1558-1642 (Oxford, 2011). 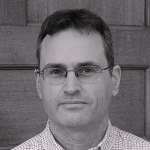 Dr. Richard Snoddy is an Associate Research Fellow and Visiting Lecturer at London School of Theology. He gained his PhD in Historical Theology at LST in 2011 for research on James Ussher and this has since been published as The Soteriology of James Ussher: The Act and Object of Saving Faith (OUP, 2014). He co-edited Learning from the Past: Essays on Reception, Catholicity and Dialogue in Honour of Anthony N. S. Lane (Bloomsbury T&T Clark, 2015). His research interests include the preaching of the Westminster divines and the interpretation of Lamentations in early modern Britain. 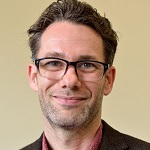 Dr. Sebastiaan Verweij is a lecturer in English at the University of Bristol, UK. He specializes in the early modern literature and book history of England and Scotland and has special interests in manuscript and print histories, the work of John Donne, and the Digital Humanities. He is the author of The Literary Culture of Early Modern Scotland: Manuscript Production and Transmission, 1560-1625 (Oxford, 2016). He is currently working, with Professor Peter McCullough, on the Textual Companion volume in The Oxford Edition of the Sermons of John Donne (forthcoming c. 2019).